Learn about Earthing and Grounding from a variety of experts and lay persons with testimonials and science!

Learn about Earthing and Grounding from a variety of experts and lay persons with testimonials and science!

The movie tells the true tale of an Alaskan wildlife filmmaker s persistent curiosity and quest to test the claims of what appears to be an outrageously simple and too good to be true healing concept physical, bare skin contact with the Earth which may have been known by civilizations throughout history. New research has started to confirm the unexpected, that the surface of the Earth has healing power, like a gigantic treatment table. He introduces this concept to his fellow townsmen in Haines, Alaska (population 1,700), many of whom suffer from major pain or disabling conditions. Starting with his own pain relief, he witnesses and films a surprising and miraculous healing in the town generated by simply grounding people to the Earth, that is, reconnecting them to the Earth s healing energy. Even an orphaned moose calf named Karen participates in the healing. The news of the town s response draws the attention of Apollo astronauts who walked on the moon, as well as doctors and scientists. This highly unusual and eye-opening movie premieres on many media platforms, beginning in October, 2013. It will change the way you look at the Earth beneath your feet!

Be the first to review “Grounded DVD” Cancel reply 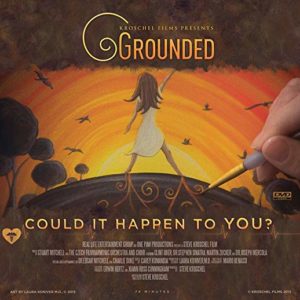